What to look for in a mediator

Peter is also a mediator with the California Association of Realtors 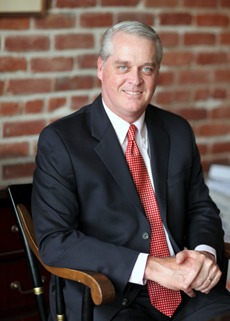 Peter is an accomplished attorney, mediator, arbitrator, and adviser to a wide variety of corporate and nonprofit entities. He has been awarded the prestigious designation of Northern California Super Lawyer in business litigation by Thomson/West Publishing, an accolade reserved for the top 5% of lawyers in the jurisdiction.

Mr. Smith began his legal career as a Deputy District Attorney in Alameda County, where he tried  more than 20 jury trials to verdict and well over 500 preliminary hearings and court trials on a wide variety of criminal matters. Mr. Smith also served as counsel to the Joint Legislative Audit Committee of the California State Legislature.

Mr. Smith served as President of the Claremont Country Club Board of Directors from 2014 to 2015.  From 2004 to 2013 , Mr. Smith served on the Head Royce School Board of Trustees and assisted the school in its $27,000,000 construction of new facilities completed in 2008.  He returned to the Board in February 2016 and continues to assist the school with the development of an adjoining eight acre parcel, the master planning of a new campus, and as a member of the executive committee.

Previously, he served on the Oakland Planning Commission (including two terms as chair), the Oakland General Plan Congress (as chair), the Task Force on Community Restoration and Emergency Preparedness (following the 1991 Oakland Hills Firestorm), and the University-Oakland Metropolitan Forum Task Force on Downtown Redevelopment.

Mr. Smith has served as a faculty member for the Stanford Law School Advocacy Skills Workshop and as a panelist and commentator on transit-oriented development, green technology, planning, and economic development issues.

Mr. Smith was admitted to practice law in California in 1986. He received his A.B. degree in Economics from Harvard University in 1982, and his J.D. degree from the University of San Francisco School of Law in 1986. Mr. Smith is a member of the State Bar of California, The Mediation Society, the United States District Court Mediation Panel for the Northern District of California, and a Panelist for the California Association of Realtors. He is admitted to practice before all trial and appellate courts in the State of California and the United States District Courts for the Northern, Central, and Eastern Federal Districts of California. Mr. Smith has handled numerous jury trials and complex commercial arbitrations in a wide variety of matters.